Home Frugal Living Articles How to Save Money on Halloween Pumpkins 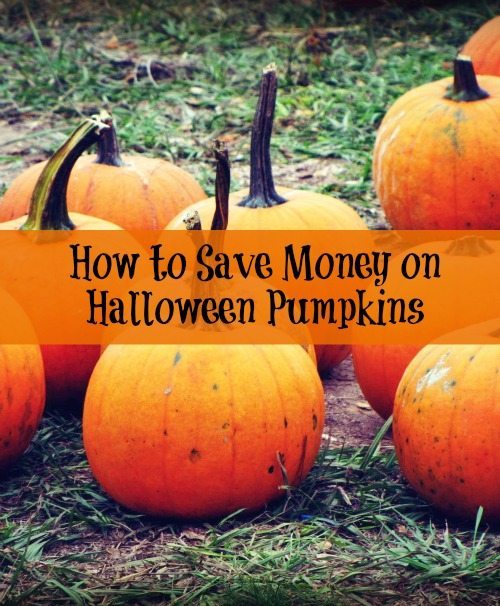 How to Save Money on Halloween Pumpkins

Halloween can be sort of an expensive holiday, what with the cost of costumes, decorations, candy and whatnot. And while the traditional Halloween pumpkin for Jack-O-Lanterns is not usually the most expensive item on the list there are ways to cut the cost down some, and in this economy every penny counts.

Yes it is really fun and sort of a tradition to take the kids out to the local pumpkin patch and do the corn mazes, take pictures sitting on hay bales, taking a hay ride, drinking cups of hot apple cider, bobbing for apples and picking out your own pumpkin straight from the patch.

Now mind you, the local pumpkin patches are usually small local farmers and by buying your pumpkins through them you are supporting your local economy. While most grocery store pumpkins are grown by large corporate farmers. It is a choice to make.

A middle ground might be to see if local farmers offer their pumpkins at a local farmers market instead; the cost may be lower since there is not as much overhead as there is at a fancy patch with tons of extras.

Buy at the Grocery Store

If money is tight the best bang for your buck is going to be commercially grown pumpkins sold at the big chain grocery stores. Prices will vary depending on where you live and what this year’s weather conditions were like. But pound for pound this is usually the cheapest way to go.

Last year for example I spotted pumpkins for 18¢ a pound, while this year’s prices are higher (due to bad weather in most parts of the country) at around 28¢ a pound in my neck of the woods.

Opt For a Fake Pumpkin

If pulling out the “guts” and seeds of a real pumpkin grosses you out or you don’t like the idea of buying a food item, carving a face into it and then tossing it the day after Halloween. Then purchasing a fake pumpkin is an affordable alternative.

Faux pumpkins come in a wide variety of sizes, colors and shapes these days and also in a wide price range. I have seen them for $5.00 at Walmart to $20 at more expensive stores like Grandin Road.

You can get fake pumpkins already carved into silly faces or spooky designs or you can even get artificial pumpkins that you can carve yourself so that you do not miss out on the creative fun of a real jack-o-lantern.

So while the initial outlay of money for a fake pumpkin might be a tad bit higher than a real pumpkin the plus side is that these last for years and years.

We have had out fake pumpkins for 5 years now and all they need each year is a damp rag to swipe away the dust from being stored in the garage and the occasional new light bulb.

Skip the Pumpkin and Do Something Else

In fact if you are not going to be home for Halloween because you will be out taking the kids trick-or-treating or at a Halloween party or some other event, I suggest just skipping this decoration and the expense. However there are alternatives to pumpkins that are still festive.

Decorate empty milk jugs into ghosts and light them with Christmas lights, paint empty jars with faces and light them up with tea candles. Or even the old fashioned paper bag luminary works too for some Halloween light and décor.

Grow Your Own Pumpkins

While this is not a viable option for this year, if you have a green thumb and a little extra space you may want to consider planting a few pumpkin plants next spring for next year’s Halloween harvest.

They are relatively easy to grow provided you give them steady water and plenty of sunlight. This is a great gardening project for the kids.

In fact, if you buy a real pumpkin this year save some of the plumpest and biggest seeds from inside, rinse them and dry them on paper towels and store in an envelope for growing in the spring!

No matter what cost you spent on your pumpkin, if you bought a real pumpkin do your best not to let that pumpkin go to waste. I think it is shameful to throw away food items when not needed.

And while most pumpkins grown for carving into jack-o-lanterns are not really the best pumpkins for making pies with you can eat the flesh from them if you want. Also roasting the seeds makes a tasty treat.

Sometime zoos are looking for leftover pumpkins to feed to the animals so if you live near a zoo you may want to donate your pumpkin there. Otherwise, cut it up and add it to your compost pile.