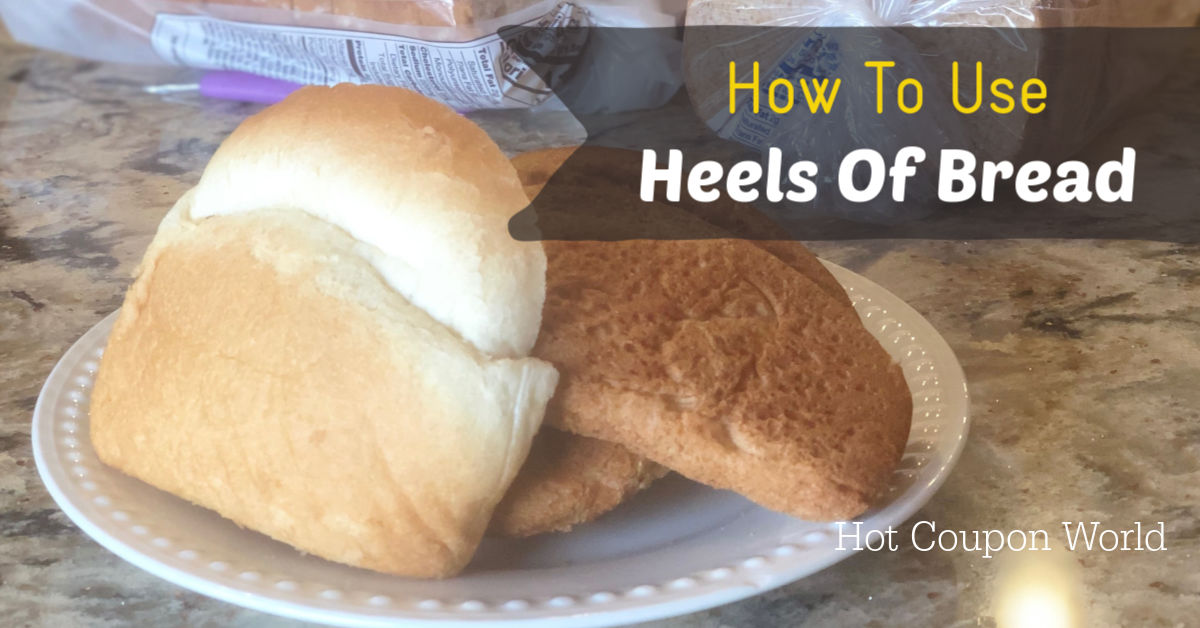 Do you call the first and last pieces of a loaf of bread the “heel”, the “butt”, the “crust piece”, simply the “end” or something else entirely?

Whatever you call it, you don’t have to waste it if nobody cares for the crusty piece. Sometimes, they just don’t get used for toast or sandwiches.

If you always have the ends of loaves of bread leftover, don’t toss them. Instead, here are a few frugal tips to get them used up (+ some tasty recipes).

⭐️What are some bread end recipes?

Flip the Ends – When my son was in elementary school, he stopped eating the crusts on his sandwiches. I always flipped the end of the bread loaf and spread it with peanut butter. So, the inner side of the end piece became the outside of the PB&J sandwich. It took him a super long time to figure that out! This sneaky sandwich trick was a money saver while it lasted!

Bread Crumbs – Toss them in a freezer bag and store in the freezer. Once you have a bag full of ends saved up. Spread the slices of bread in a single layer on a baking sheet and dry in a low temperature oven (250 degrees) for an hour or so until the bread is dry and crisp yet not toasted. Whirl the dried bread in a food processor or blender and store bread crumbs in a air tight container. Use in recipes that call for bread crumbs such as meatloaf.

Tasty Recipes that use Bread Crumbs

Bread Pudding – Bread pudding originated as a frugal recipe to use leftover stale bread. With a few basic ingredients like stale bread, eggs, milk, and spices like cinnamon and nutmeg, you can make a simply hearty dessert.

Croutons – Save bread ends in a bag in the freezer until you have a bagful. Then thaw bread, cut into cubes, toss in olive oil or melted butter. Season with your favorite seasonings such as garlic salt, oregano, thyme, or whatever you prefer. Spread cubes of seasoned bread onto a baking sheet and toast in an 350 degree oven for 30-40 minutes stirring occasionally to prevent burning and even toasting. Store cooled croutons in an air tight container or bag.

French Toast – Some people in my family would argue that the ends of the loaf of bread make the best French Toast! It’s an easy dish to prepare. Beat a few eggs, add some milk, brown sugar and cinnamon. Then, dunk each piece of bread in the mixture and flip. Cook in a hot buttered pan on medium heat for a few minutes. Flip and cook a few minutes more. Easy & tasty!

Stuffing – Stuffing (or “dressing”) is a frugal recipe that uses bread cubes or torn bread. With a few basic ingredients like bread, eggs, butter, and spices, you can make a simple side dish that is fit for any time of the year. Try this popular Pineapple Stuffing recipe or this Homemade Bread Stuffing recipe using the ends of bread in place of the torn white bread. 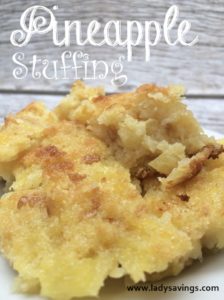 Freshen Cookies – “I use the ends of bread to toss in a plastic baggie with cookies. It makes stale cookies soft and taste better. When I have over cooked a sheet of cookies, it makes them chewy, just the way I like it!” (Thanks to reader Jhaea!)

Just DON’T Feed the birds – It is not healthy for ducks or pigeons to eat bread crumbs. Instead, feed them bird seed or dried corn.