Get The Early CVS Ad Sent To Your Email (CLICK HERE!)

Dee
3 years ago
I used CVS pharmacy in the past and rarely had any issues. So when there was a change in my insurance forcing me to change pharmacies, I decided to transfer to this new location which is much closer. This was the absolute worst decision ever! I've been with them for just over a month and there is literally nothing they haven't screwed up. I've had prescriptions refilled that I did not ask for. I've had prescriptions replaced that I did not give permission for and then subsequently canceled leaving me with no refills at all. I've had to contact my insurance multiple times because employees are billing incorrectly which is ridiculous because my insurance is very common. I have asked five times alone for them to stop using childproof packaging because I cannot open them and have no children in the house for them to be necessary. This is noted on my account and yet at my last pickup a few days ago there they were again. Four medications, all but one had childproof packaging and the one which did not was a controlled substance. I would be humored by the stupidity of that if it were not for the frustrations of dealing with their constant mistakes. I of course did not catch this until I left after having waited in line for more than ten minutes to be waited on in a store with three employees and only two customers, both of us waiting at pharmacy. Then the pharmacist insisted my other purchases be rang up at the front counter. It is a complete s**t show and in my opinion, when CVS bought up the pharmacy previously at this location they should have replaced the employees and most definitely the pharmacists. There's a reason the previous pharmacy didn't make it and slapping a CVS sign on the building hasn't changed anything. If I could give them ZERO STARS I would!

Other Stores in Imlay City, MI 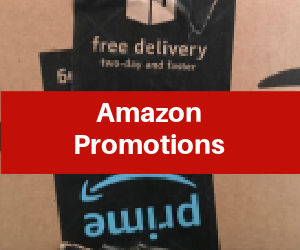